AEROLARRI's patented hood scoop - The Thrust-Vectoring Intake (TVI) has a wider inlet than outlet. The body of the scoop compresses air and the smaller outlet expels air at a higher velocity. It is just like making your mouth into a nozzle to blow out candles, exponentially more power is available in the airflow for vectoring over the rear wings. A wing, or set of wings are adjustable and/or active to turn this into downforce for the center-body. (Not just front and rear!) 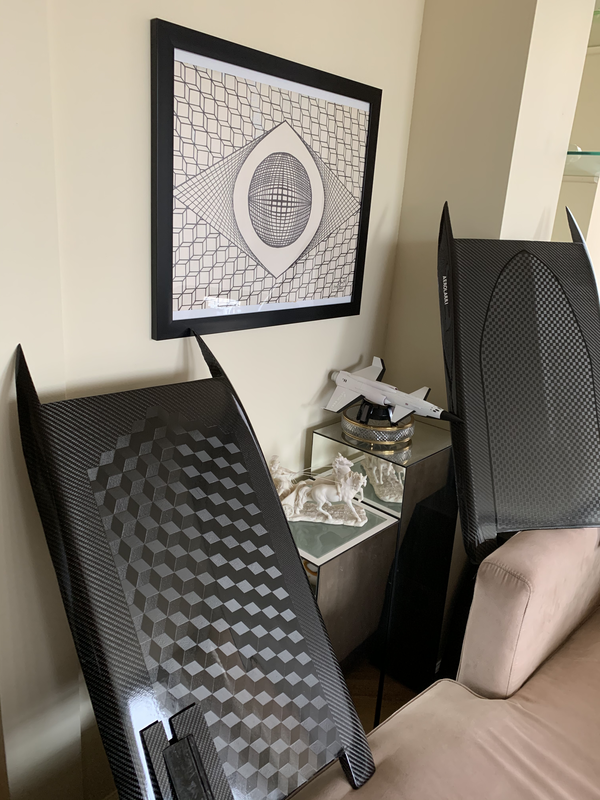 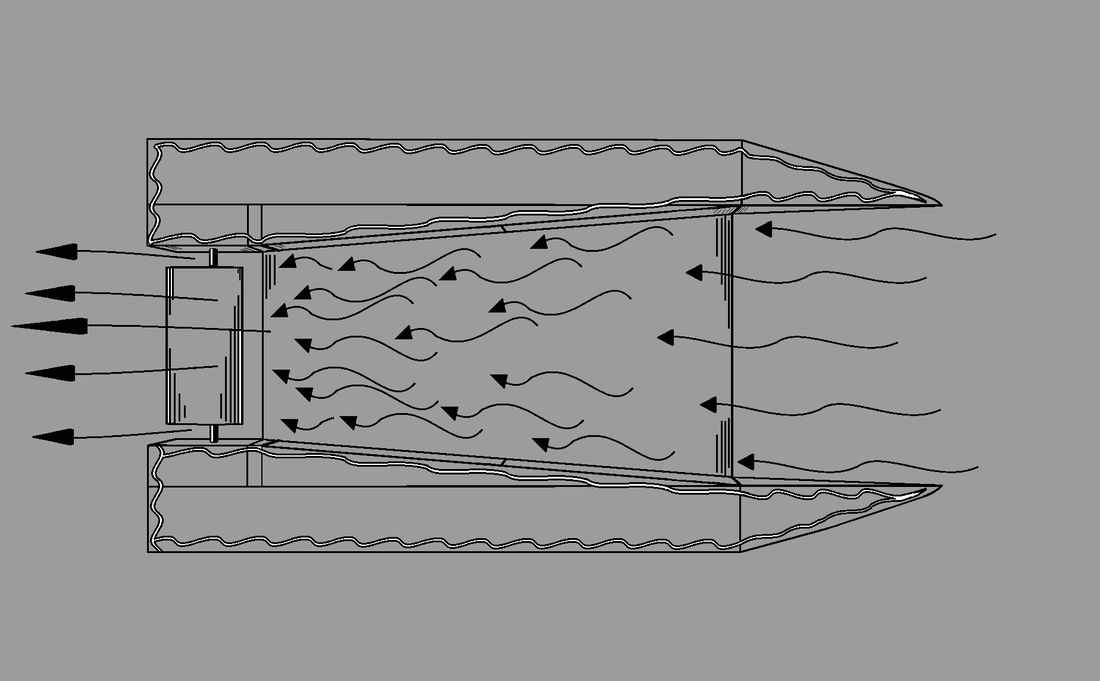 • AEROLARRI's Hood Scoops are patented automotive aerodynamic car parts which make a car look amazing and modern while causing variable downforce and active aero. Form-follows-function...
• Easily install it in one day on your original hood with few tools or expertise!
• It is attached with: NO cutting - NO drilling, so you can revert to stock while keeping the numbers  matching! -- NO painting! -- NO prep-work! -- NO body shop! -- NO fitment nightmares! -- NO outrageous all-in cost! -- NO hidden costs! -- NO new tools to buy! -- NO sanding! ONLY Thumbs up!
• The current design may be customized for any car with the proper dimensions. Yet the current designs perfectly fit 1980 to 1982 C3 Corvettes, and will be made for other Corvette years, car makes and models.

If Air Velocity Doubles --> The Force On An Object Quadruples! (NASA). The AEROLARRI hood scoop relates to an aerodynamic scoop which has an intake with greater surface area than the outlet, which acts as a nozzle to cause air compression and thus, increased airspeed. This increased airspeed can be redirected upwards for the sake of creating downforce. (Aerodynamic force is related to the mathematical square of velocity).

The AEROLARRI hood scoop as will be hereinafter referred to as “Thrust Vectoring Scoop” (TVI). An automotive (among others) industry exists with numerous airflow-altering products. Some examples are rear downforce wings (spoilers), front air-dams and numerous vanes. These products often fail to simultaneously increase the airflow over the air-vectoring part. Higher airspeeds create greater force on the airflow-vectoring part. For every doubling of airspeed, the force exerted goes up by a multiple of 4! That's 4 times the force, and 4 times the lift or downforce! The AEROLARRI hood scoop (TVI) provides the solution. The TVI scoop inlet has a larger aperture than the exiting outlet, thereby causing air compression, and thusly, higher exit airspeed. It may also be adjusted to halt the airflow completely for diversion of pressurized air.

The AEROLARRI hood scoop has a main object to provide a new and novel scoop inlet which has a larger intake area than the exiting outlet, thereby causing air compression, and thusly, higher exit airspeed. Higher airspeed contains more force and energy when met with a wing or vectoring element. Normal downforce-inducing, or other air-vectoring wings utilize the car's current speed to introduce air to the wing. The vectoring force that air has, is limited to the car’s speed. The AEROLARRI hood scoop increases the speed of the airflow beyond that of the car’s current speed. It may also be adjusted to halt the airflow completely for diversion of pressurized air as a ram air scoop. As the TVI would most often be attached to the hood of an automobile, completely stopping the airflow out the rear outlet my means of making the vectoring wing perpendicular to the car’s hood, may allow the pressurized air to be diverted into the combustion inlet area of a combustion engine. This type of operation is a secondary feature of this embodiment of the AEROLARRI hood scoop, and is often called “ram air” in the automotive world.

The level of downforce may be adjusted by means of changing the angle-of-attack of the outlet wing. This outlet wing may be tilted along a horizontal axis to vary the angle attack from straight-on (the airfoil shape alone still provides "lift," but given it is upside-down, it inherently causes downforce). The airfoil shape of the wing’s will create lower pressure as air travels faster over the longer surface distance; versus the flatter side. This is a typical air foil concept working for downforce instead of lift.

The rear outlet may consists of structures protruding past the pressurizing body of the scoop to which the vectoring wing is attached; and from where the wings may pivot. This area also creates a top-side vent for exiting airflow to thrust upwards, thusly creating downforce. Our product's airflow may be adjusted to that of no airflow at the exit so as to divert pressurized air into a combustion inlet, break area, radiator, and/or any other area which could use increased airflow.