The C8.R mid engine Corvette has shown to be a great contender given its setting records without even finishing its 2020 season. Finally, there is a C8-R style aftermarket wing/spoiler option available for all C8 Corvette owners. This static wing is designed by Victor Racing in the USA to be mounted onto the C8's hatch (Deck Mounted). As a result, when opening the rear hatch to access the trunk and engine, the wing also lifts up to make access as easy as if there were no wing at all. The hatch provides great structural rigidity given the aluminum mounts bolt onto the included metal support plate placed within the hatch's underside recess. This static wing clears the stock Z51 spoiler and stock high-wing. The wing has been tested to 140 mph on track straightaways with the maximum downforce angle. The large Victor Racing sticker on the top of certain pictures is not included.

The height and position of the wing matches the GM specifications on the record-setting C8.R IMSA C8. 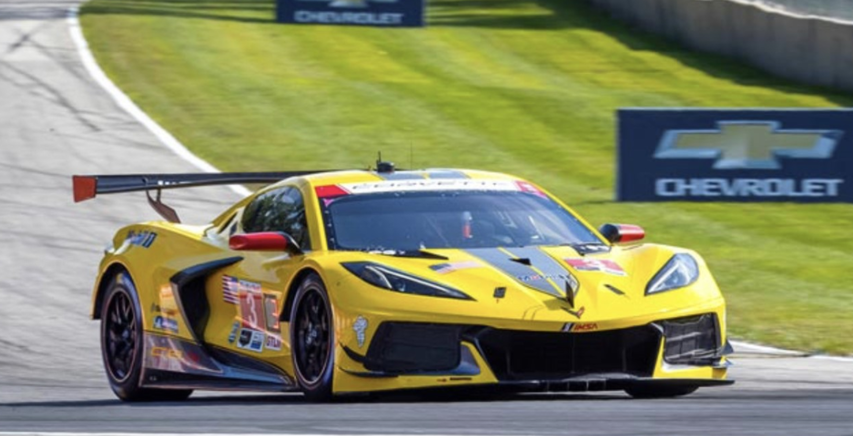 AEROLARRI designed the carbon fiber end cap options which bolt onto both ends of both wing options. The two end cap styles are the "C8.R/C" which are styled after the C8.R, and the "SR-22" which are styled after both the SR-71 Blackbird and F-22 Raptor jets. They only come exposed glossy carbon fiber with a UV-resistant clear coat to match the rest of the wing. Also, you can easily paint them any color you wish. Either end cap set is a $249 option when buying the wing (or after). However, for a very limited time, we are including one set for free during the wing's launch. You may collect them all.
AEROLARRI is proud to be the first to offer of the Victor Racing STAT-C8 wing. A C8.R style wing for the C8 Corvette- and also to exclusively offer the SR-22 and C8-R/C end caps. And we look forward to all the amazing things this partnership will deliver. 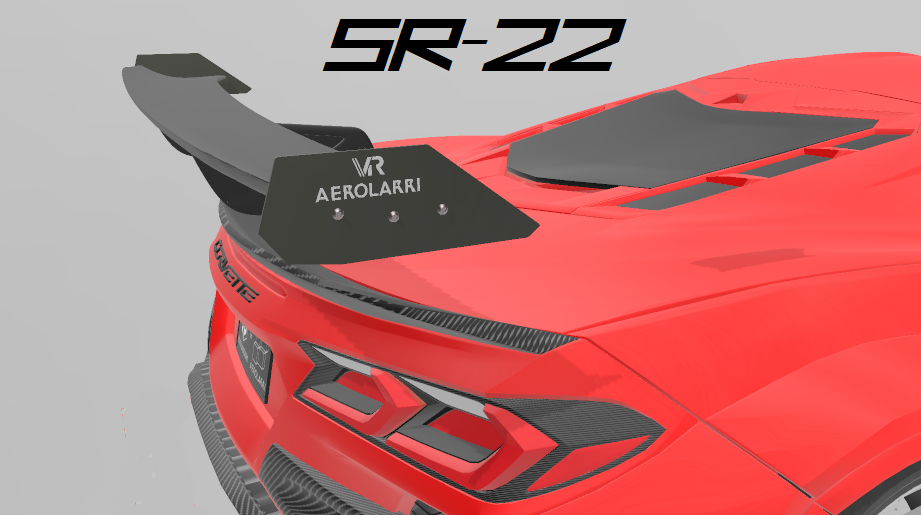 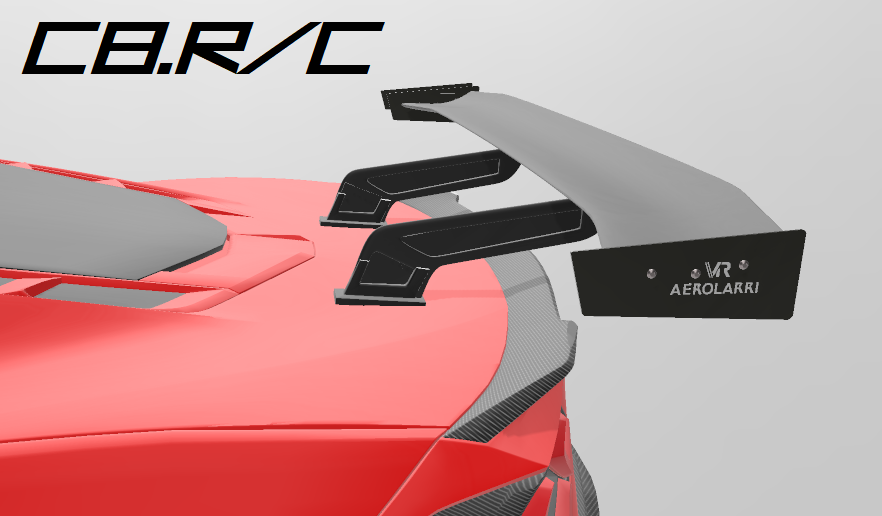 AEROLARRI Carbon Fiber End Cap Choices. The standard VR end caps are always included. ***They model wing shown is for visualization only. The will tilt down more on the production version. You may drill additional holes to angle the end caps to your liking.

C8.R "Stock" High Wing Height Option - This wing matches the height of the Stock GM High Wing of the C8 Corvette. The next pictures below are the Stock height option. It also has new black bolts. The black bolts are stainless steel with a black oxide coating. This provides great redundant protection from rust. **Note: The wing does not come with the big Victor Racing sticker on top. Choose the "Stock" version in the PayPal drop-down menu above. 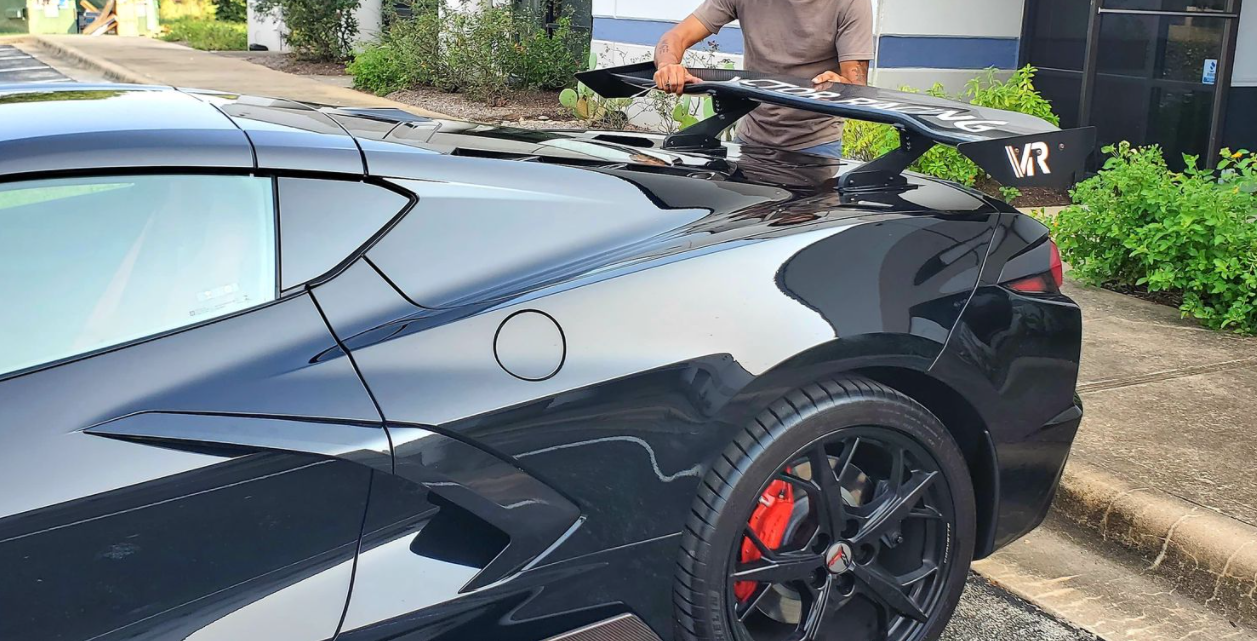 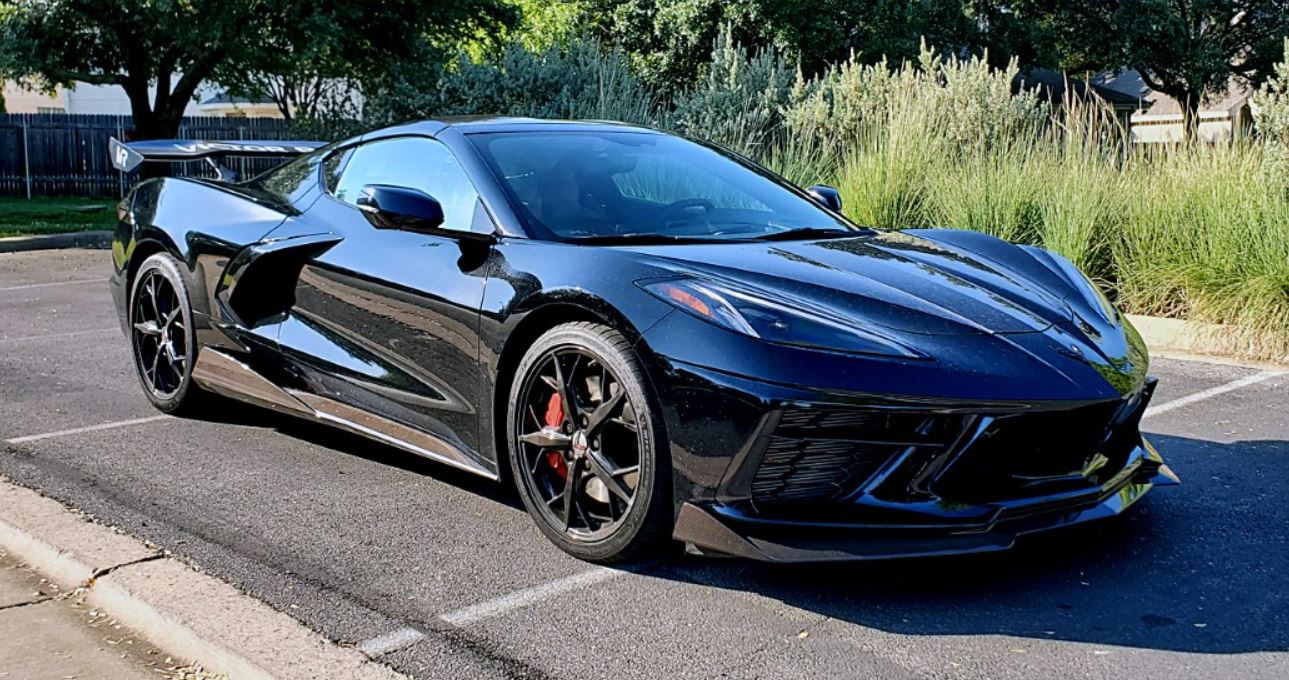 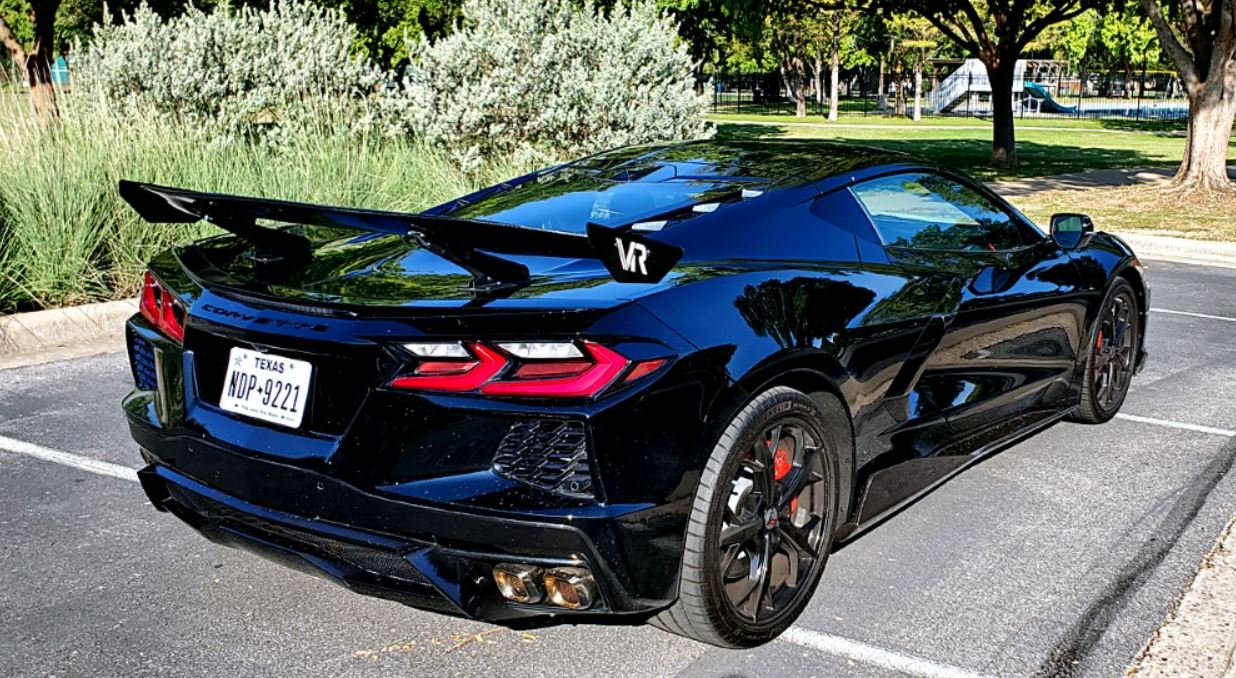 C8.R "Track" Height Wing Option - This wing matches the roof line of the C8 Corvette. It is also the same height as the actual C8.R IMSA race car. All pictures below are the Track height. The final design includes the Y-shaped arms where it attaches to the underside of the wing. It also has new black bolts. The black bolts are stainless steel with a black oxide coating. This provides great redundant protection from rust. **Note: The wing does not come with the big Victor Racing sticker on top. Choose the Track version in the PayPal drop-down menu. 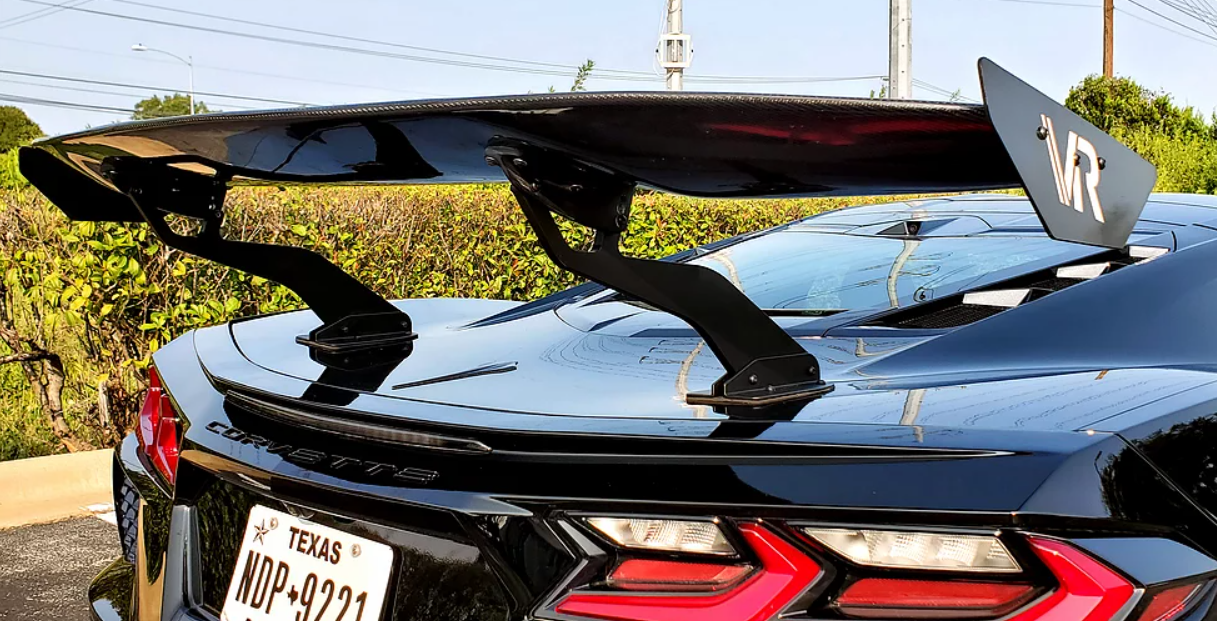 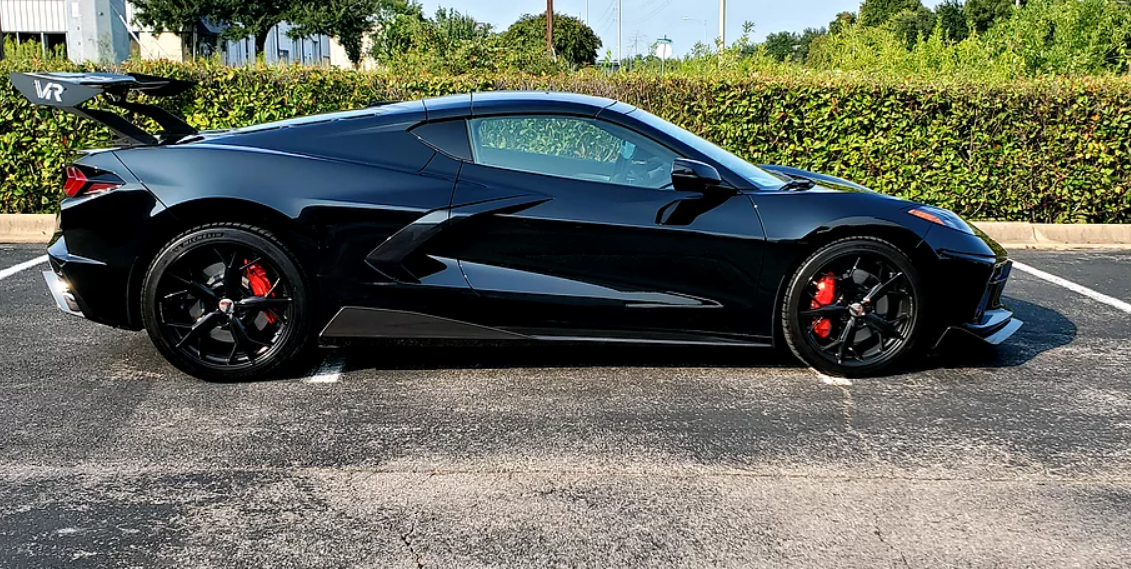 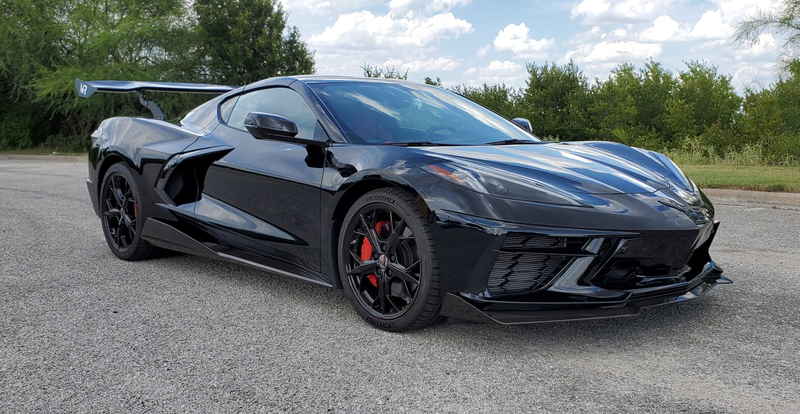 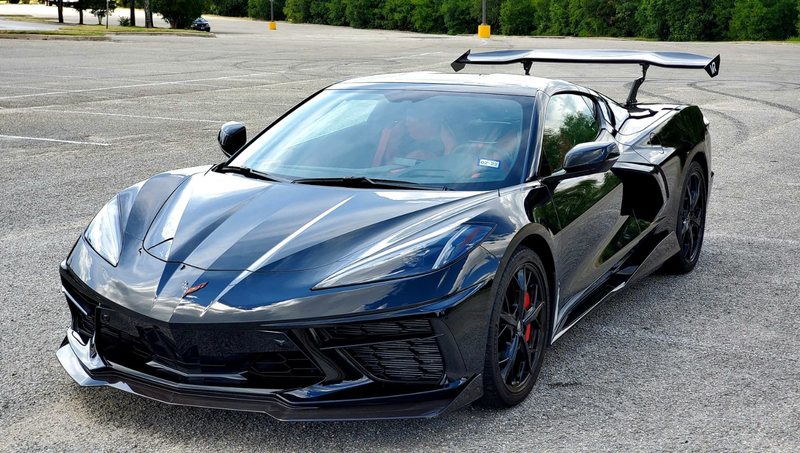 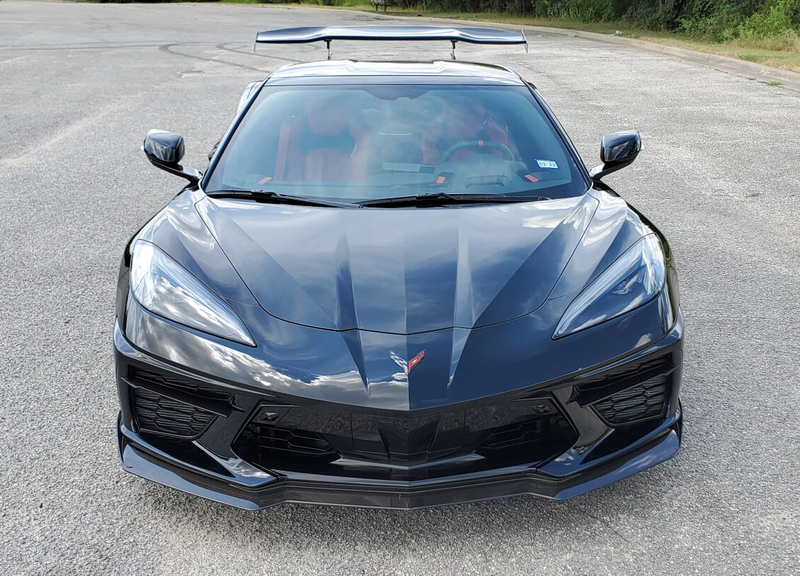 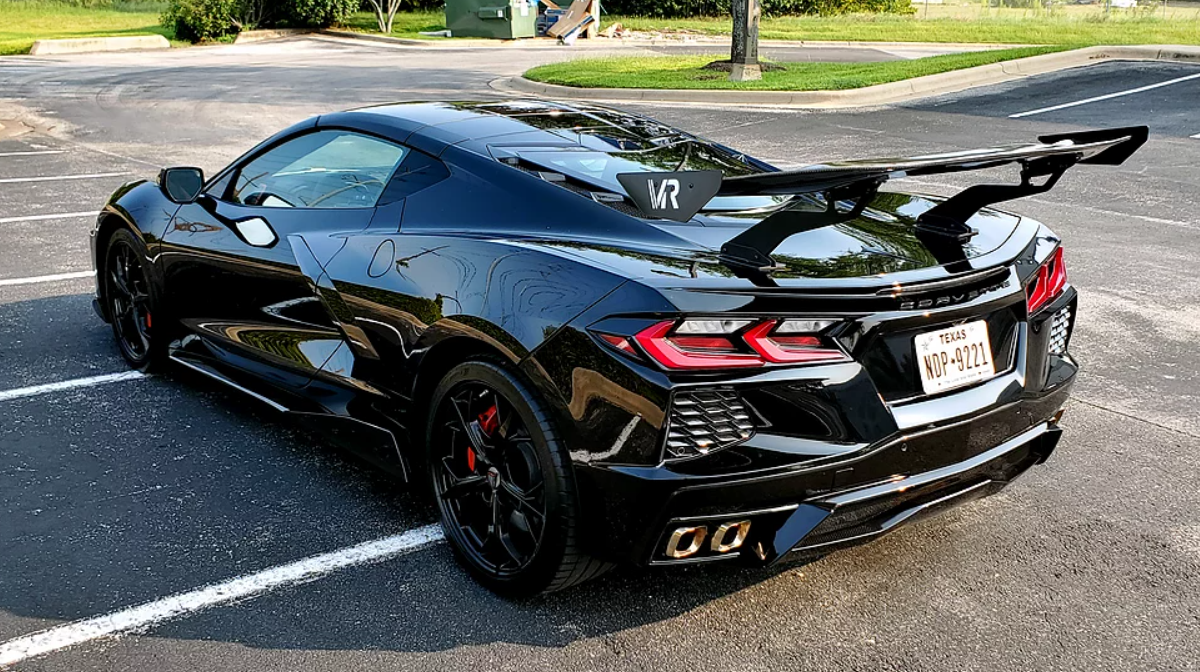 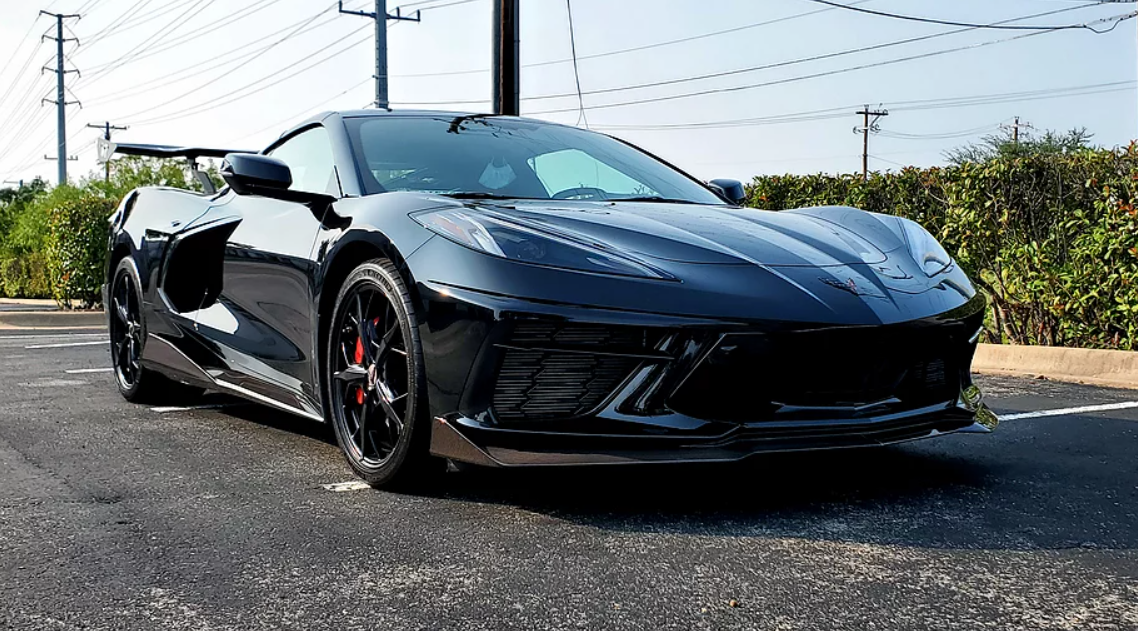 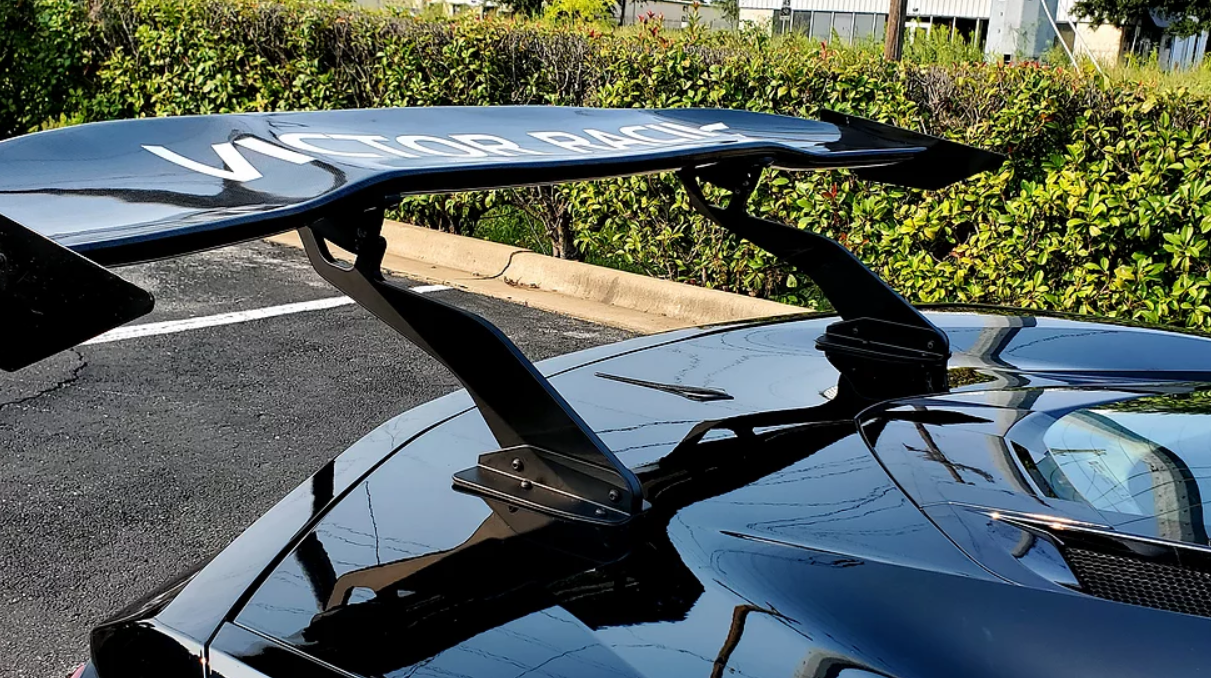 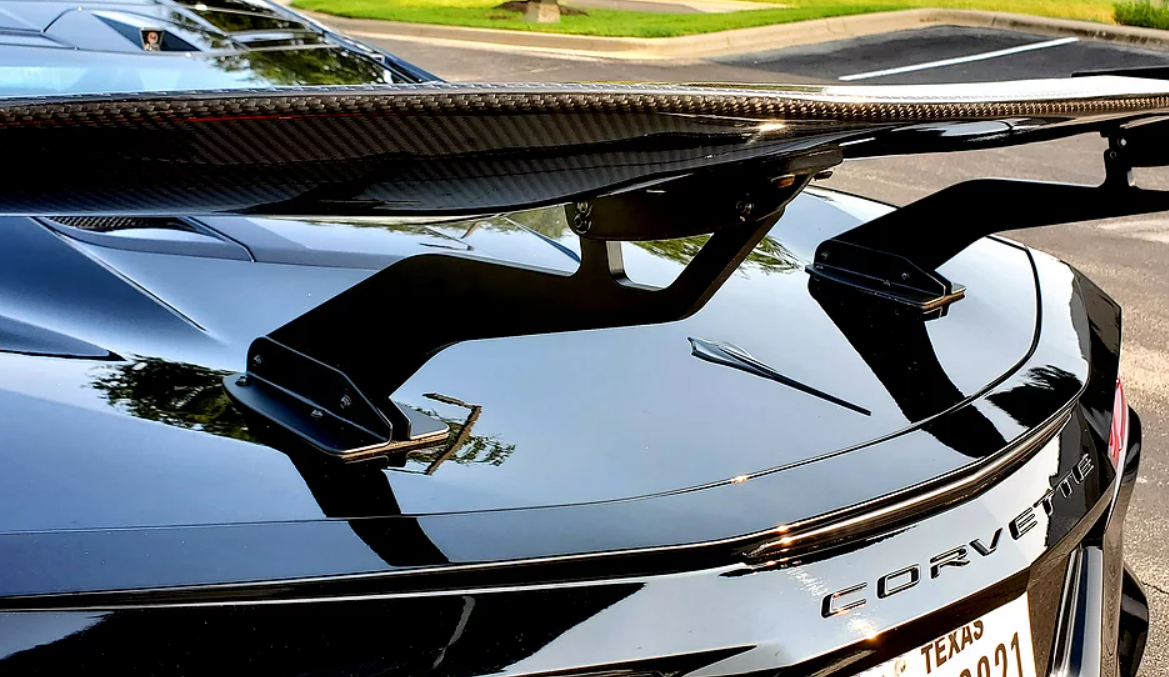 Upside down end caps are also an option. This is an AEROLARRI customer's car! 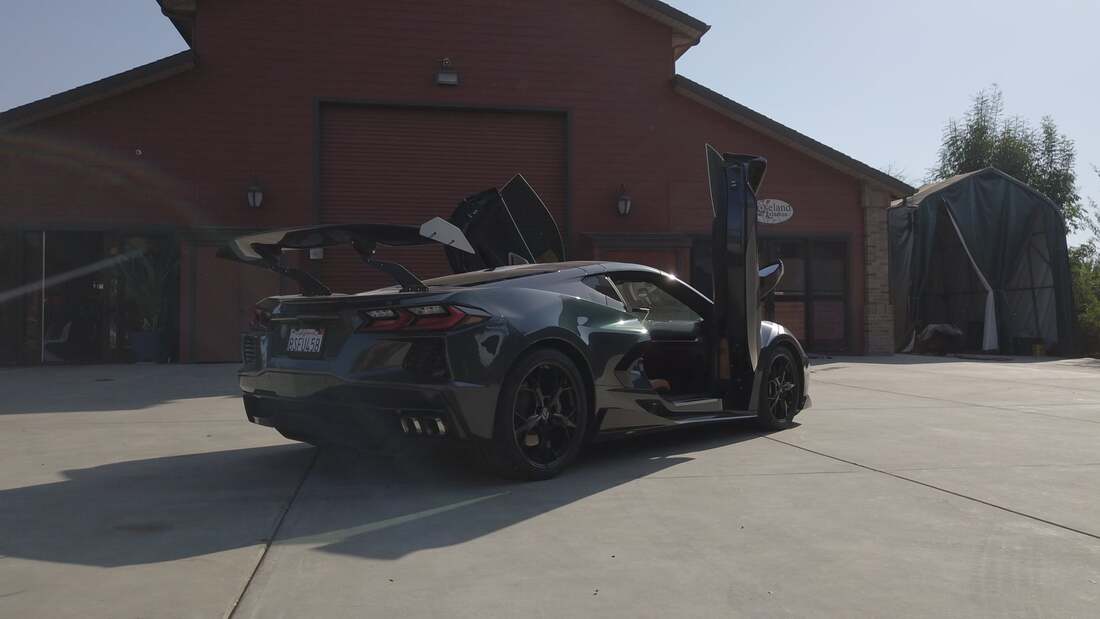 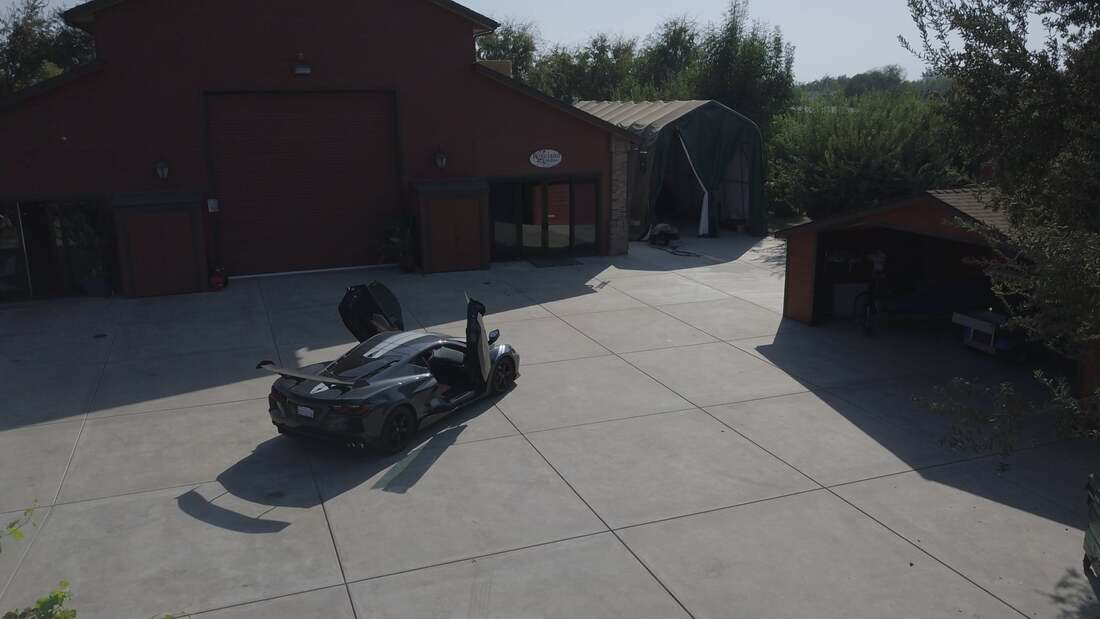 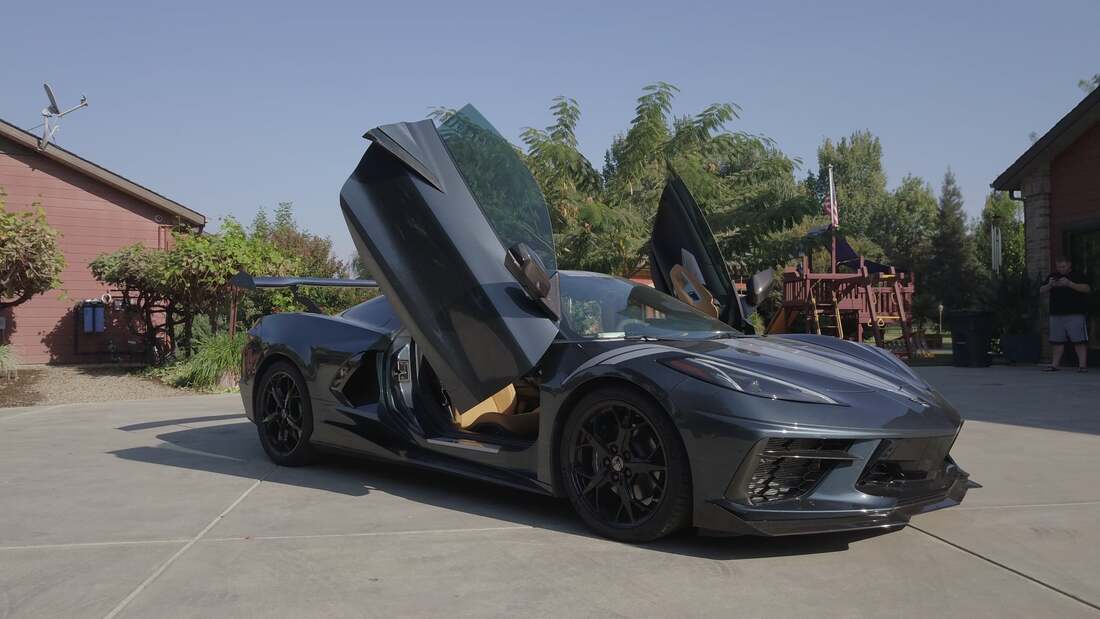 Customer's Custom 1:18 diecast model made by AEROLARRI with real carbon fiber 5VM kit and VR Track wing. It also features Forgeline MT1 wheels also bought through AEROLARRI. The stripes are made from the customer's actual wrap used for the real car. 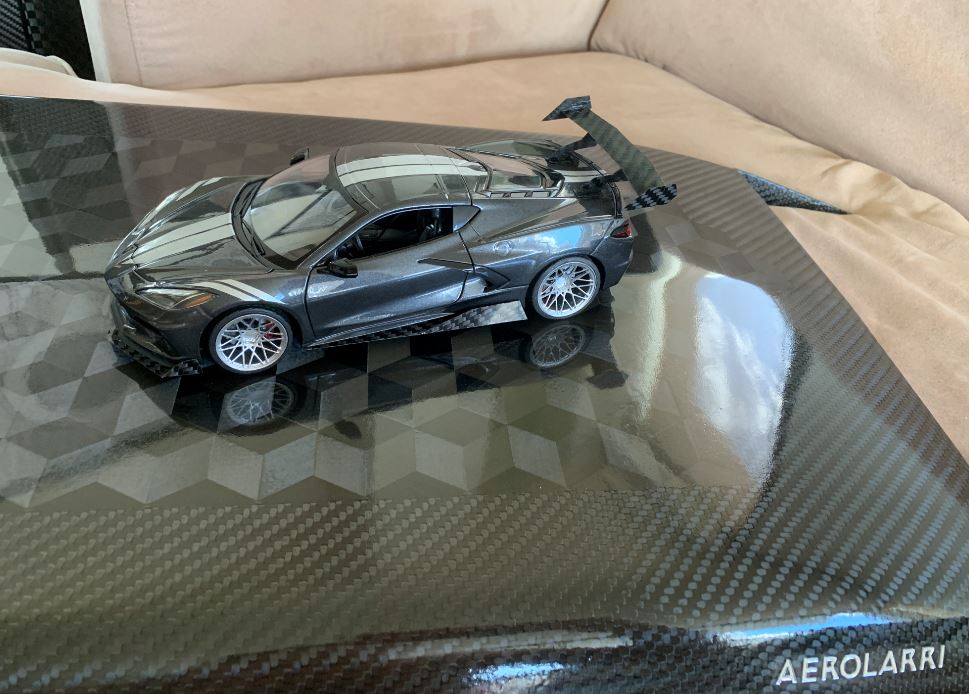 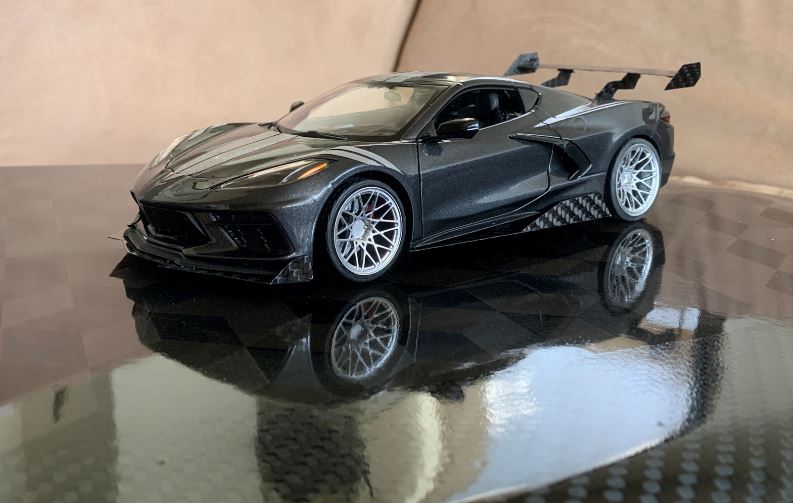 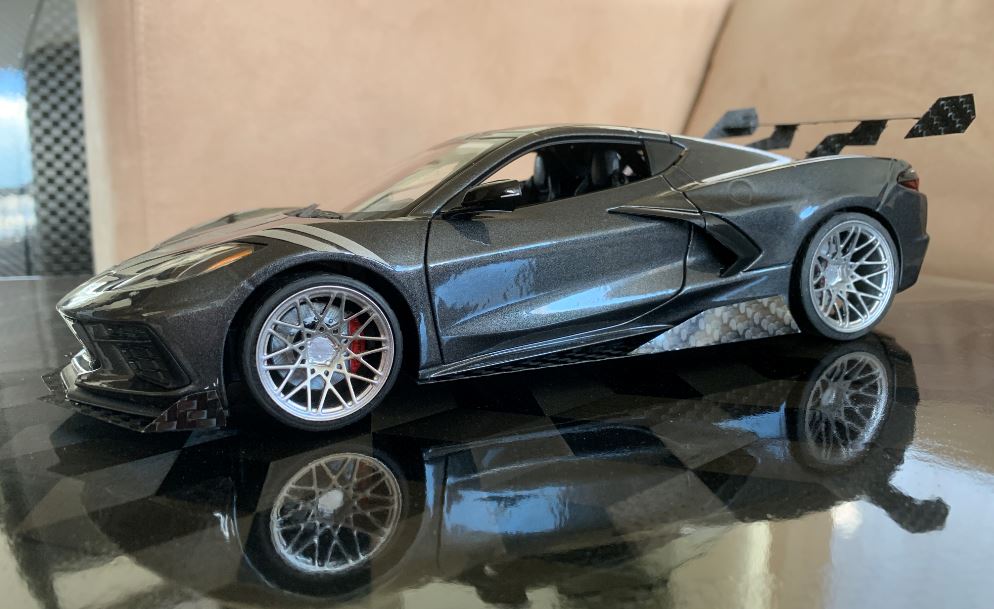 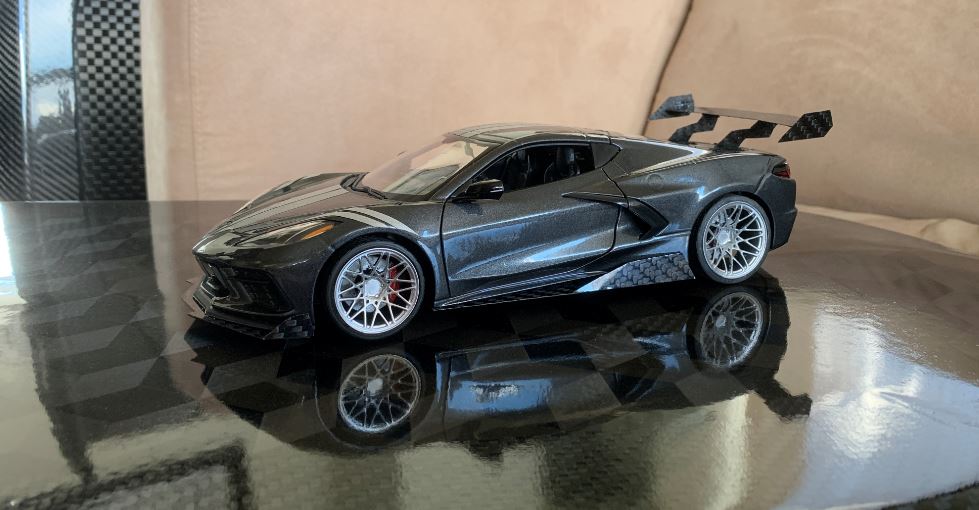 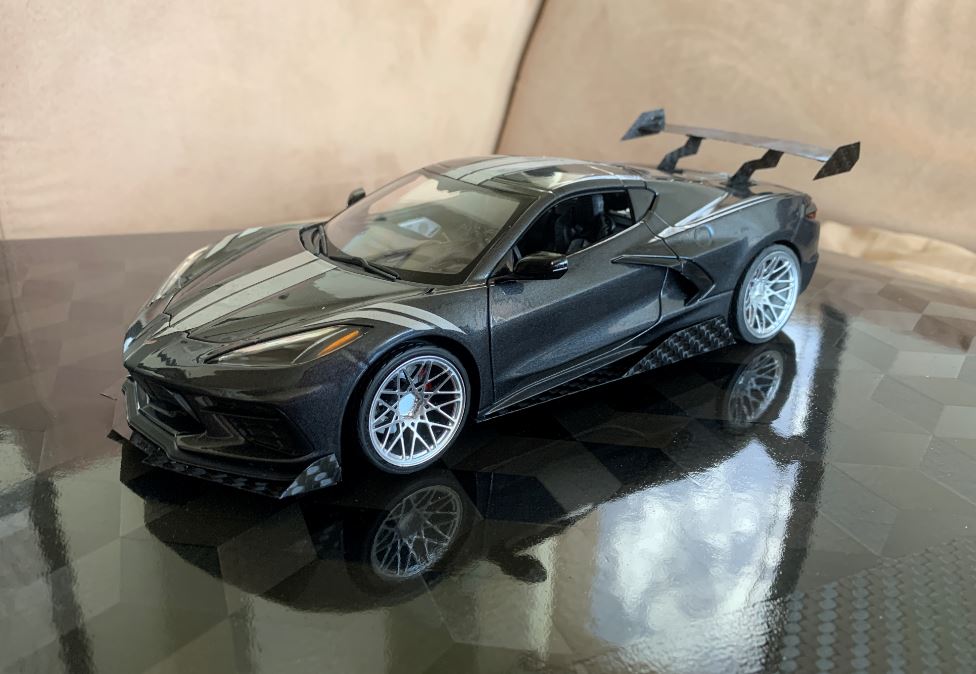 C8.R Corvette Pictures IMSA as a comparison to the STAT-C8 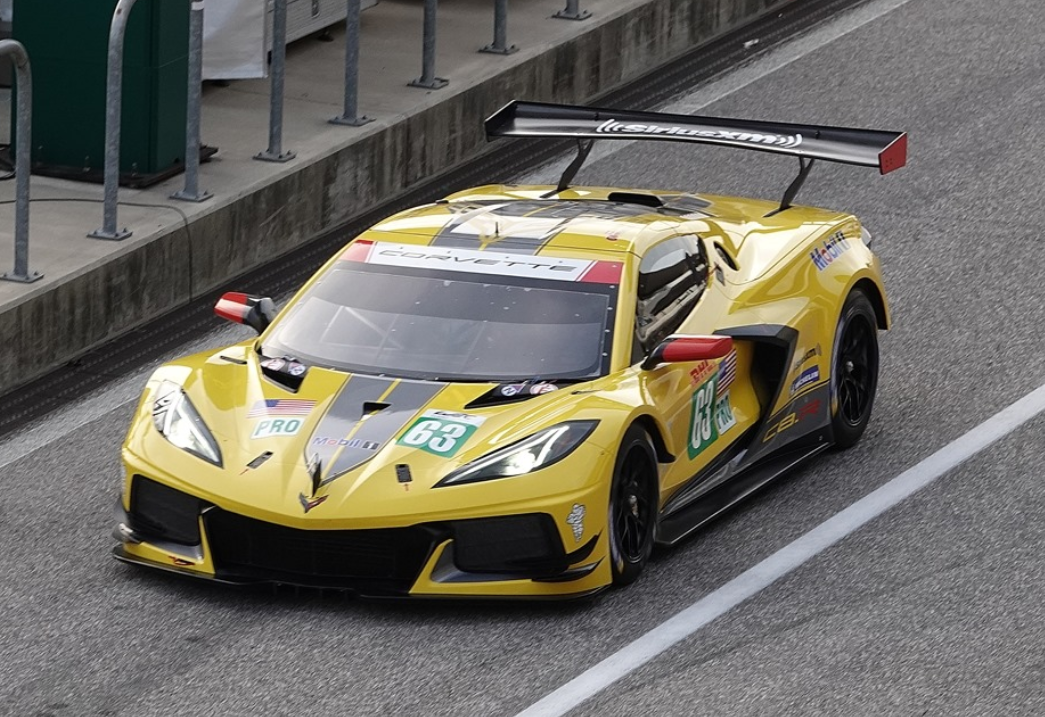 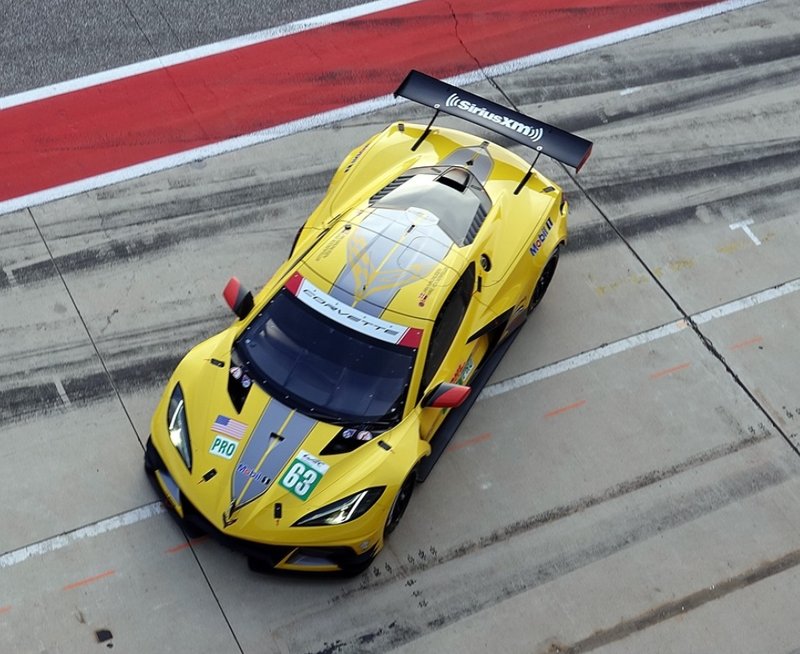 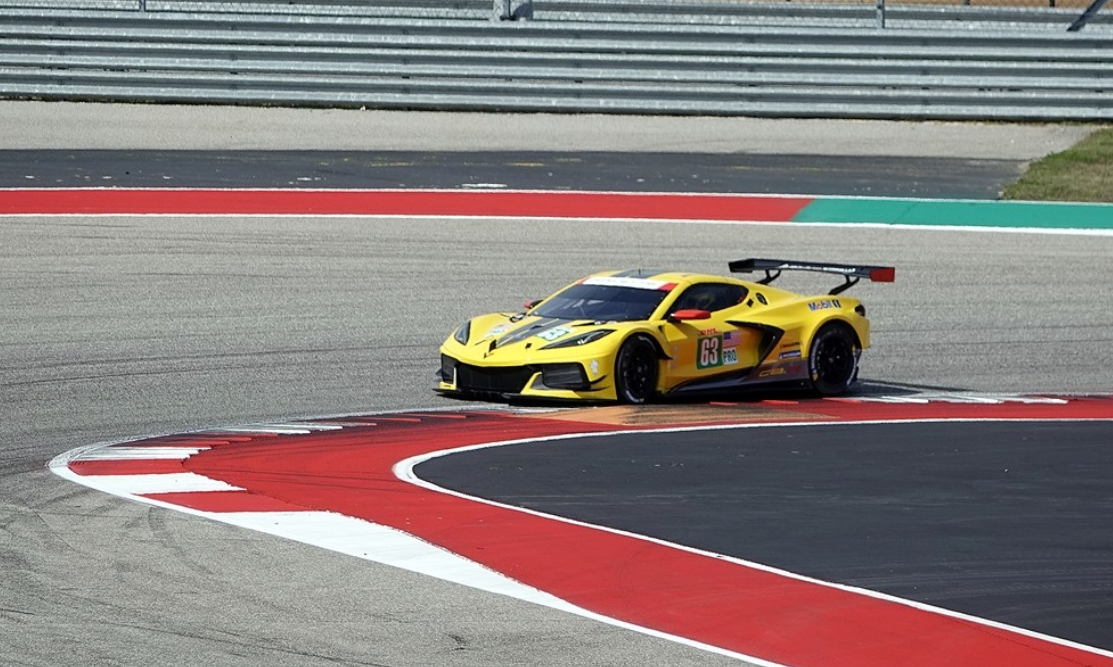 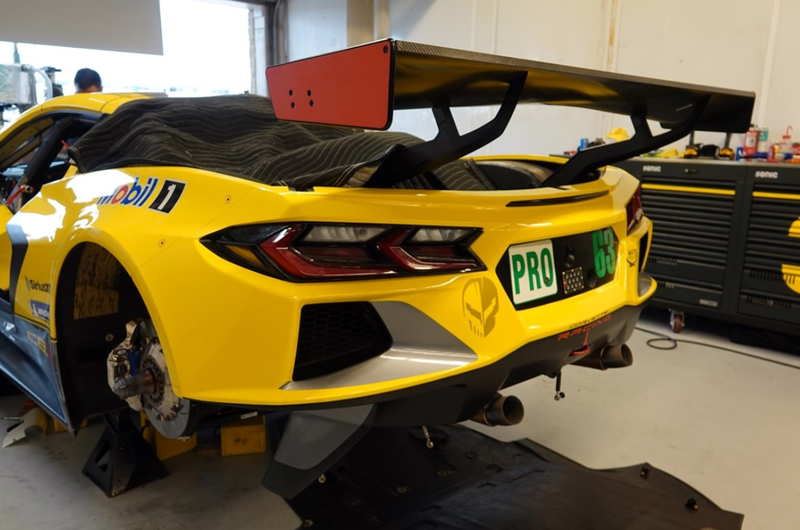